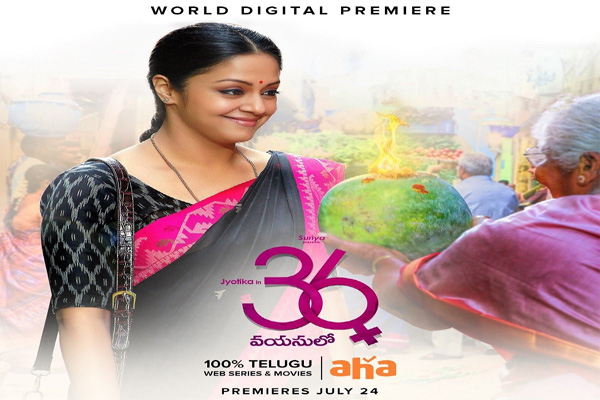 The actress Jyothika has appeared in many Tamil films, and she has won countless awards for her acting and even was ranked as one of the best actresses of South India. She has acted in many successful films like Chandramukhi, Bangaru Thalli, Kushi, Mozhi, Perazagan, etc. She had earned a lot of achievements under her name as well as a huge fan base. However, after marrying the Tamil actor Suriya, she left the industry for a long time until she appeared in the Tamil social comedy-drama 36 Vayadhinile after a break of 8 years. So if you are a fan of Jyothika. There are many new movies online on aha.

This film was retitled 36 Vyasulo when dubbed into Telugu, and it was directed by Roshan Andrews and produced by Suriya. This film is remade from the Malayalam film How Old Are You, and it features Jyothika as Vasanthi in the leading role. Several other popular actors are there in supporting roles, like Rahman as Tamizhselvan, Abhirami as Susan David, Nassar as Commissioner Rajan, Siddhartha Basu as President of India, Delhi Ganesh as Vasanthi’s father-in-law, and many more.

The film’s story is about Vasanthi, who is working in the Revenue Department as a UD clerk. Her husband works at All India Radio and wishes to immigrate to Ireland for a better life with his family; however, he cannot do so because Vasanthi is not getting a job there for her age factor. So her husband and her daughter decide to leave behind Vasanti and go to Ireland. This makes Vasanthi go through an emotional and identity crisis, and when she meets her old classmate Susan David she learns about how she can garner her strength and make her own identity. You should watch this film on aha to witness the amazing acting skills of Jyothika once again.

This Tamil legal drama and crime thriller, originally titled Ponmagal Vandhal, was retitled Bangaru Thalli. This film was written and directed by J. J. Frederick, and Suriya produced it. It features Jyothika in two roles, one as Venba and the other as Angel. There are many other supporting actors like K. Bhagyaraj as ‘Petition’ Pethuraj, R. Parthiban as Rajarathnam, Thiyagarajan as Varatharajan, Pratap K. Pothan and as the Judge, R. Pandirajan as Karpooram, Subbu Panchu as DSP R. Alexander, Vinodhini Vaidyanathan as Venba’s neighbor, Akshara Kishor as young Venba, Vidya Pradeep as Sakthijothi and many more.

The film revolves around a serial killer who had kidnapped and murdered children in the beautiful city of Ooty. Jyoti was accused of this murder case; however, due to the absence of leads, it was a cold case. After 15 years, someone reopens the case, and it is handled by lawyer Venba who tries to bring justice to the victims and the suspect of the murder.

If you are a big fan of Jyothika, you should watch her Telugu movies on the best Telugu OTT platform, so download the app today! 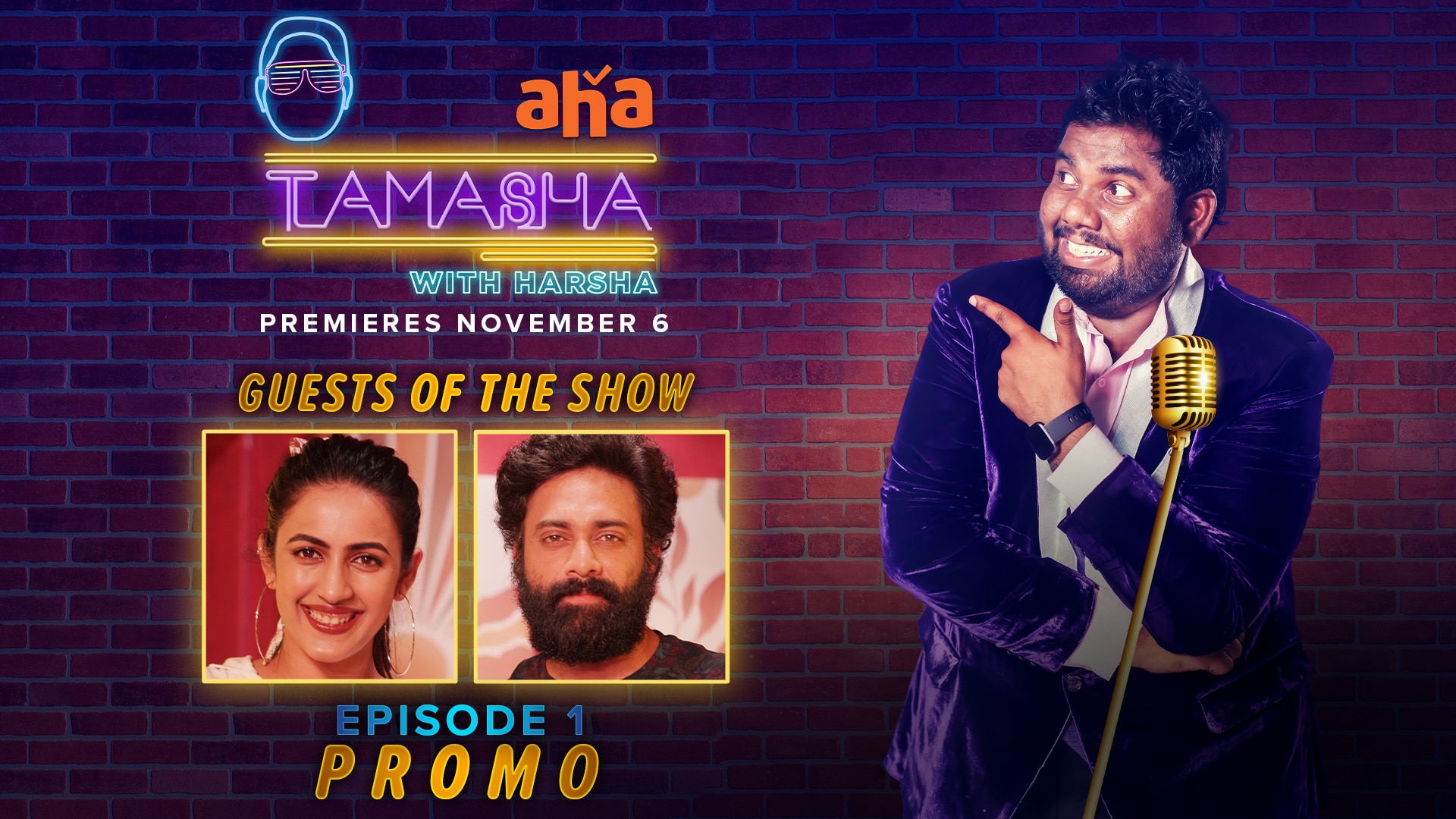 This comedy show is trending in town – Tamasha with Harsha

HarshaChemuduthe most prized YouTuber with the assistance of social affair viva have nearly begun the case of having an approaching youtube in south India, HarshaChemudu has been the substance of the satire scene in Telugu for a long time with the world-lauded viva video, be it pictures, youtube, Instagram reels, biker occasions or high paid occasions Harsha is fundamentally playing sufficient cards with his comic timings and witness. Harsha has considered his own flawless TV program which consolidates stunts, improv shows, and a nice ideal open door for all on aha the lone Telugu content streaming application. This stimulating organization show is stacked with amusement with Harshachemudu and his stand-apart style of sham. He looks at his school stories and talks with visitors about their outing to progress. HarshaChemudu welcomes the entertainers across all the stages, you will meet entertainers, know their excursion, value their viewpoint on life, know their dazzling stories thusly broadly more. The band in the show adds a great deal of punch to the show, the science with the band and gathering plays truly well with Harsha and his style of farce. Striking music is associating with and intriguing to orchestrate the vibe of the show. It is astoundingly crude and associating with giving the ideal extent of punch. Various parts with remarkable solicitations are enabling and flabbergasting. Tamasha with Harsha is flooded with tamasha senseless jokes and quips are related with the substance very far. The social event makes you remain quiet and like a snicker all during that time’s end. This 7 scene season has entertainers across all stages.

The band: novel encompassing sounds, momentous science with the host

The visitor: they kept it guaranteed, gained some incredible experiences, an immense portion of it piled up with fun.